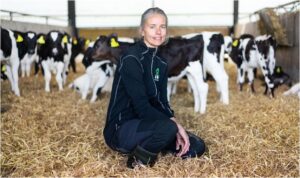 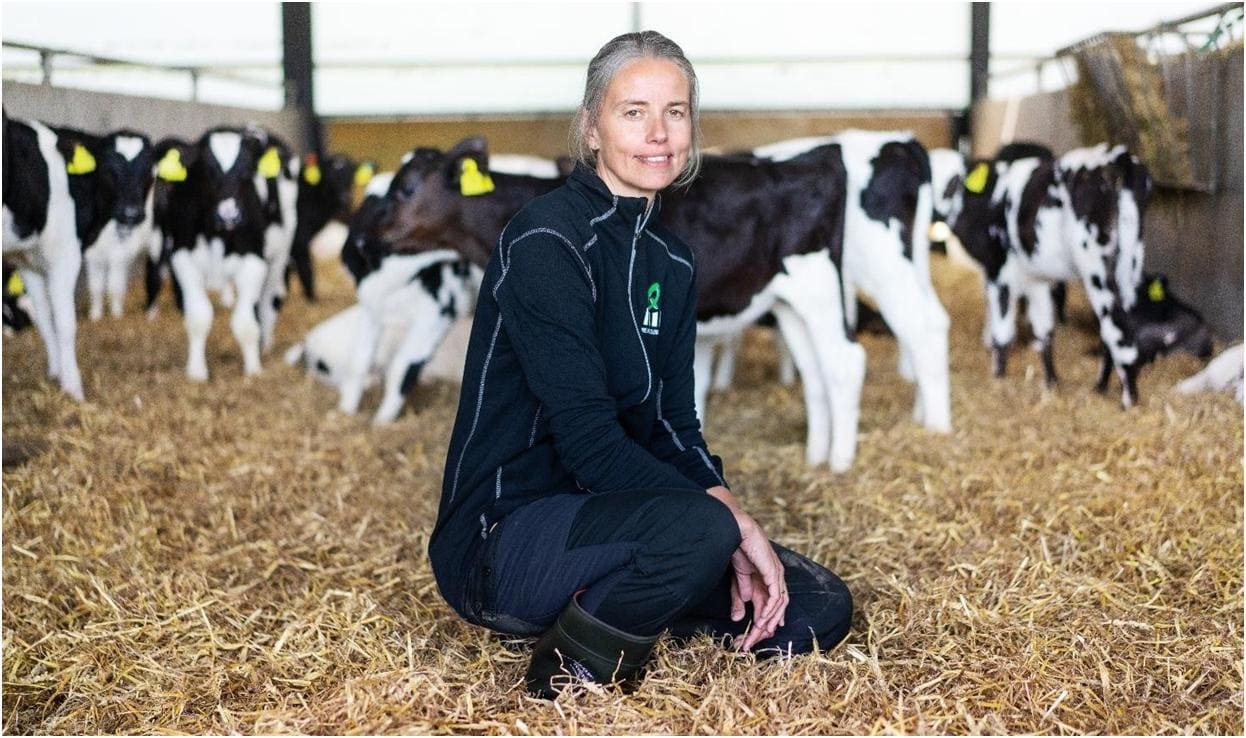 a About the Hanne Skovsgaard and coloQuick International A/S Skovsgard Hanne Pedersen, PhD, a qualified vet, has practical experience with cattle, and for ten years engaged in scientific diyalnist.Vaughn focuses on the development and dissemination of professional knowledge about the optimization of the management of colostrum.
coloQuick International A/S is a Danish company founded in 2015 the owners the company Calvex A / S. the Company supplies products and deep knowledge to improve performance and reduce the consumption of antibiotics in dairy herds, concentrating on the first hours of life the calf.
an Important activity of the owner of any business is to make small adjustments make big changes, have a positive effect on the company’s finances. In the dairy the farm Chicks – the basis of future milk productivity of the herd, and healthy economy it is very important that heifers grow into a powerful cow with a long lifetime and high productivity of milk.
Colostrum – the most important food in the life of a calf. Good management of colostrum is vital for the maintenance of milk production from calf to heifer, and thus achieve a high quality dairy cows in the herd. In addition to nutrients, colostrum contains many bioactive substances, including antibodies. Numerous studies have shown that substances in colostrum positively affect the physiology of a calf, as in the early stages of life and after, when a heifer becomes a dairy cow (table 1).
Nutrients in colostrum provide energy and building blocks for nutrition and growth. Bioactive substances affect metabolism and hormone production, and contribute to the formation of tissue and organs by increasing synthesis and cell growth. Colostrum also affects the development of the intestinal mucosa, and the absorption of antibodies and nutrients, stimulating the growth of calves.The calves are born without antibodies, so the antibodies in colostrum create protection for the calf diseases in the first weeks after birth, until your own production of antibodies. Colostrum is vitally important for health and rapid growth during the first months of life the calf. Tests have shown a direct link between improved management of colostrum and later milk production, thanks to the positive impact of colostrum on the development of the udder heifers and subsequent milk production.

Fig. 1 the
Impact on production parameters and Finance Improved management of colostrum has a positive effect on production parameters calves, young cattle and dairy cows. Healthy calves will grow faster to provide more milk yield as diarrhoea and respiratory infection in calves has a negative impact on potential milk yield. Correct production parameters calves is a sign that the Chicks will be ready to semenina on time, and will be developed enough physically to first calving. In addition, early First insemination in combination with a long term life increases the life productivity of cows and the financial profit from the herd.
table 1 shows the estimated financial gain from optimization of the management of colostrum taken from four sources. Selected prerequisites and payment procedure is different and the number of included production parameters are different, and the financial returns are finally calculated, varies from one source to another. All sources predict a significant financial return from an optimized management of colostrum, which are crucial factors for a long life of cows and the increase in milk output. The calculations in Campos 2015 based on the measured increase in milk production in first and second lactation cows listed on the number lactations. This leads to relatively high ratings (243 Euro / cow / year) compared to other sources. Assuming that the life time of cows increases at the same time, the rating Campos really can be achieved. with table 1. the Economic impact of improved management of colostrum 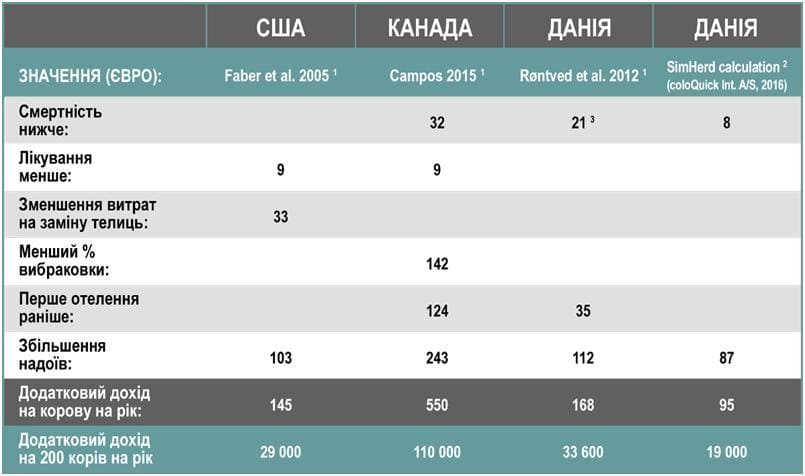 the
That would mean the management of colostrum for YOUR flock?
Optimize management of colostrum leads to increased milk production.Growing strong cows with a long life affect the composition of the herd, as there will be a more productive cows, and this will lead to a higher average milk yield (Fig. 2). The average milk yield in the herd can be increased by increasing do not have high hopes.

Fig. 2
as for production, the realistic achievement of this scenario is shown in Fig. 3, where the average milk yield in the herd is expected to increase by 600 kg (Fig. 3A) as a result of changes in the composition of the herd in relation to milk yield (Fig. 3b). The expected rate of payment in the amount of 0.19 Euro per kg of milk, the annual financial income of $ 114 euros / cow / year, that is 22 800 euros for a herd of 200 cows. The estimated amount is minimal since the increase in milk output is set to a relatively low and income was not designed to improve the performance of production. 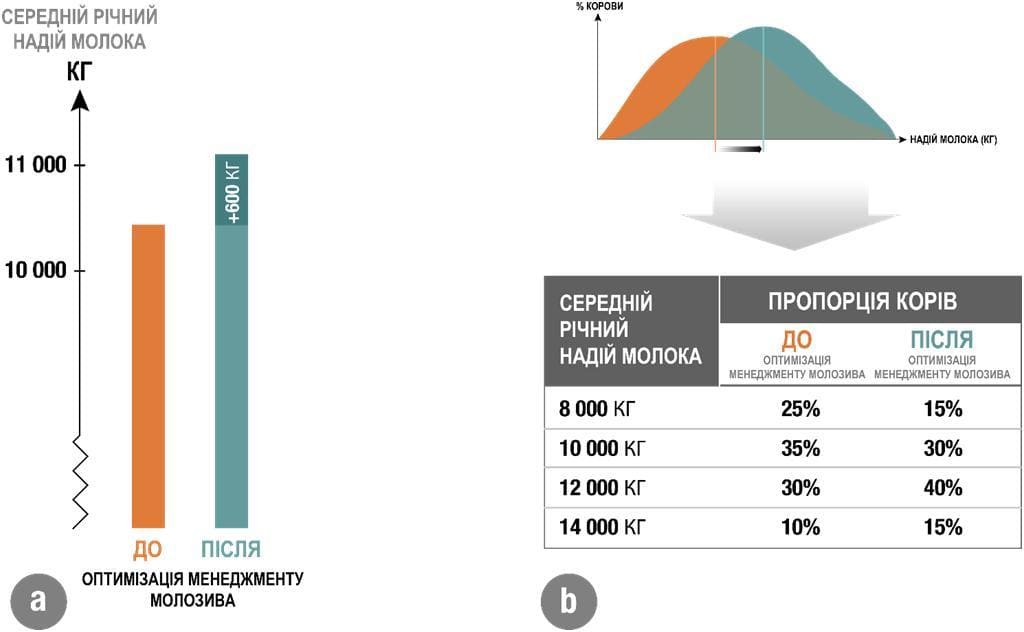 Fig. 3A + Fig. 3b
Financial gain should be considered subject to the minimum financial investment necessary to optimize the management of colostrum in the herd. Of the total cost of cultivation period, approximately 1350 euros for a heifer (Clausen 2014), investment in managing colostrum make up only about 0.5% (Fig. 4).

Fig. 4
Definition leads to changes and optimize production
Colostrum lays the Foundation for healthy strong calves and cows.Optimizing colostrum management is an important but simple means of increasing productivity and saving herds. Investing in improved colostrum management requires determination and attention, but financially it is a small amount compared to other expenses during the growing period. As a farmer and owner of the herd, you are reaping what you sow – and if the quality of your animals on which the herd is based is not optimal, then your departure point is poor. On the other hand, if you decide to focus on a successful start of the calves, the efforts will pay off with positive results and return to the milking parlor.
Three important points of the article:     The following articles will focus on how easy, and just as important, how little it takes to get benefits.