Use of by-pass fat in feeding ruminanats 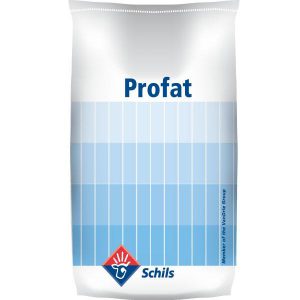 This article is provided by Schils B.V.

For ten years, we (Schils B.V.) specialize in the European dairy sector, which aims at producing milk at minimum cost in order to be competitive. This specialization occurs in connection with the introduction of quotas in the EU, which forces farmers to make their farms as profitable as possible.

If we assume that the easiest way to make production profitable is to achieve maximum exit from the production process, it is not difficult to understand the interest in the sector of adequate genetic selection of dairy cattle, as well as in the future to use only animals with a very high average production level.

The result of this genetic progress was what we call the emergence of a High-Production Milk Cow (VLPK), an animal that can produce more than 9,000 liters per lactation period, while maintaining optimum reproductive and health.

This type of animal allows the farmer to produce the same amount of milk as before, but with fewer cows or to reach the maximum profit set by the milk quota, reducing the cost of production as a result of fewer animals. The end result is a bigger economic outcome.

However, if this is a beautiful future proposed by the emergence of HICP, then the reverse side of this reality is the more frequent occurrence of a series of nutritional problems that do not appear with such perseverance when working with cows with low productivity.

In order to assess the importance of this, we need to know that VMPK with high nutritional needs. Although protein and other nutritional requirements can be easily covered, energy requirements are not so easily met, especially in the first of three lactation periods.

The following graph shows the well-known correlation between the milk production curves, the ability to eat food and the variation in live weight during a complete lactation cycle. If we look at the first three months of lactation, we will see that production reaches its maximum level, while the possibility of eating food is clearly decreasing, causing weight loss in animals, the lowest point of which coincides with the production peak, p.ch. an animal can not eat enough to cover its significant needs. 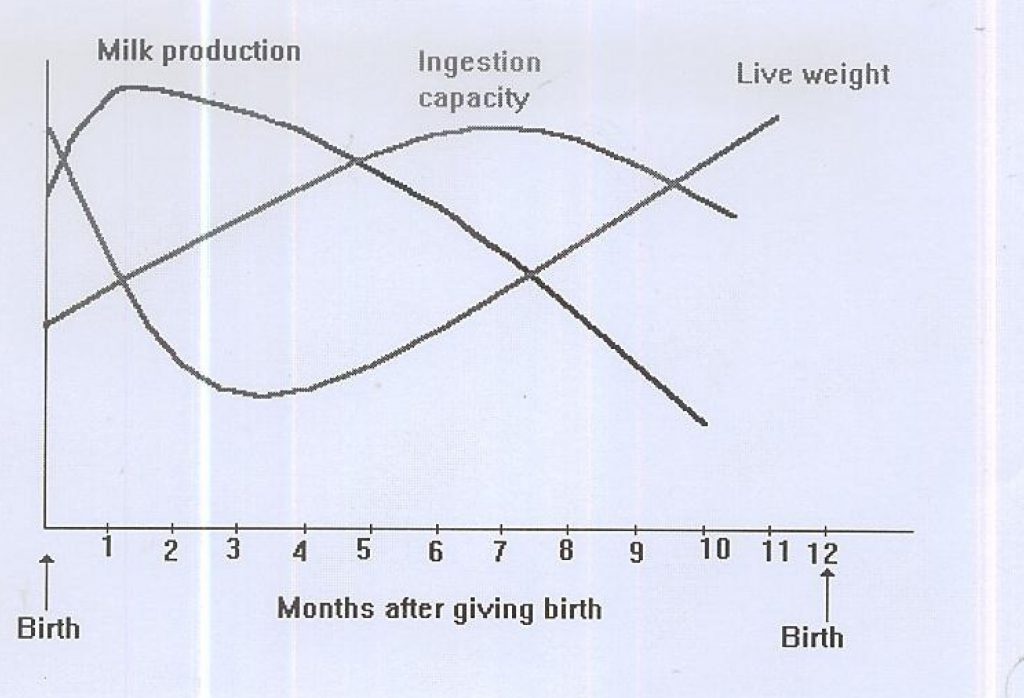 Extreme weight loss during the first 100 days of lactation causes a series of problems, namely:

Decline in dairy production after lactation peak; this is due to the reimbursement of the animal’s body, after the decline in the production of milk, which leads to a decrease in nutritional needs.

Consequently, the energy supply to cows that have recently been given to the cattle is increasing to ensure the lowest body weight loss, but at the same time, it does not harm the scar activity.