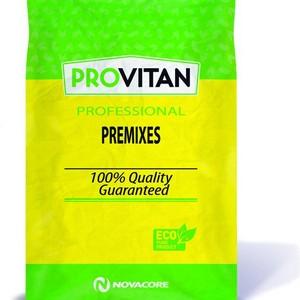 Such premix is ​​intended for the preparation of the cow organism prior to the transition to a dry period and, on its own, to the development of the fetus. For example, a lack of manganese can cause abortion, the birth of weak and dead calves.
In spite of vitamins and minerals of free forms, components of such premixes may include neoprene compounds, various additives such as hepatoprotectors, scarring buffers, live and energy products.

An example of a premix formulation of a standard composition is presented in the table. Individual calculation is possible, based on the results of analyzes of animal feed and blood.

Select quantity :
- +
Your data for ordering